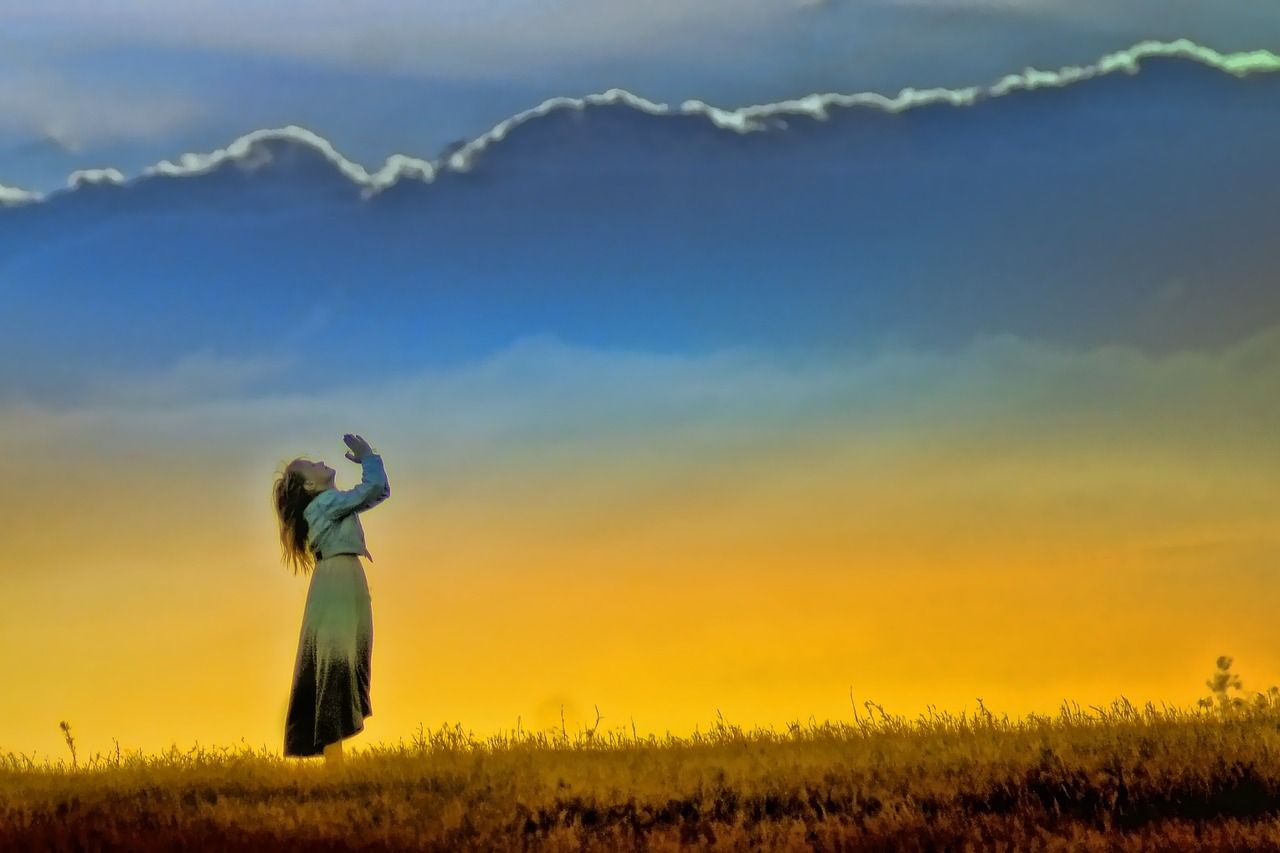 5 keys to effective prayer and top 5 forms of prayers

Prayer releases energy that emanates from the human mind that has a direct effect on the environment. Prayer is one of the oldest pursuits of mankind. We can only assume that it has been with us as long as humans have been around. Prayer was probably right on the tip of the tongue of the first caveman who saw lightning strike a tree. No one ever teaches us how to pray. Most of us fall into it and mimic the prayers of others. If you go to a religious service, you will hear the leaders pray in a certain way. For most of us, that is what we end up doing for the rest of our lives. There is, however, a great deal more to the process of prayer that we can learn. Surprisingly, this technology is not very well-publicized.

Imagine going back two hundred years into the past with a baseball, a bat, and nine gloves. If you sat these implements down in a field and instructed a random group of boys to go play with them without any instruction, you might get them to play something that resembled baseball. However, if you showed them the rules of the game and how to play it properly, you would get an entirely different outcome. You might even discover some very talented players you might otherwise have missed.

That is how prayer works. We are asked to pray for things in the same way that our ancient friends are asked to play baseball. Let us first examine the mechanics of what happens when we pray so that we can then understand the rules.

The Mechanics of Prayer

If we want to examine the mechanics of prayer, we have to turn to an unlikely ally, quantum physics. Quantum physics is the study of matter and energy at the deepest and most subtle levels possible. It is one of the most rigorous and challenging sciences in existence. In the last twenty years, however, this science has been shaken to its very foundation by a series of startling discoveries.

Researchers in microbiology have found, for example, that human feeling either tightens or loosens the stranding of human DNA on a microscopic slide outside the body. In other words, researchers would be looking through a microscope at DNA, and the quality of the feeling in the room, the observers’ feelings, would wind that DNA tighter or would unwind it to a looser state.

Quantum science is beginning to bear out, through study and experimentation, this relationship between human emotion and feelings and the outer world. For example, recent research says the magnetic nature of human emotion is directly linked to weather patterns and barometric pressure.

I am aware that these are outrageous statements to make because there is nothing in my formal academic background preparing me for these kinds of relationships. On the other hand, they are showing up and are being recorded in our world today. Examples are the studies by Roger D. Nelson at Princeton Universe in his paper called, “Wishing for Good Weather: A Natural Experiment in Group Consciousness,” and also Lauri J. Robinson’s work at Franklin Pierce College, showing that human interaction with cloud formation/dissipation indicated results that were “significantly greater” than those predicted by chance.

They were predicted by chance. Dr Bryd, a cardiologist with San Francisco General Medical Center, completed a research study involving 393 patients between August 1982 and May 1983. He divided the group into 192 patients who were prayed for and 201 who were not prayed for. He reported that, among other things, the people who were prayed for were five times less likely to develop pulmonary edema, pneumonia, or other post-surgical complications. They also died five times less often than the patients in the control group.

These findings are directly related to our discussion on the mechanics of prayer. Quantum physics has shown us that we change the basic nature of matter just by thinking about it. The human mind releases energy radiation that is capable of interacting directly with the matter.

Prayer releases energy that emanates from the human mind body soul that has a direct effect on the environment.

There are a number of ways to categorize the forms of prayer. For the purposes of our discussion, we will examine the following five main types of prayer.

Conscious Prayer is one of the most common types of prayer. During conscious prayer, the conscious mind conceives of a need and directs energy toward a source of higher aid and support.

Positive Prayer uses the positive aspects of the divine creative force in order to bring about a desired positive outcome. Positive prayer is directed by positive thoughts and feelings.

Negative Prayer uses the negative aspects of the divine creative force in order to bring about a desired negative outcome. Negative prayer is directed by negative thoughts and feelings.

Miraculous Prayer uses the force of the miraculous to bring about the desired result. This type of prayer generally embodies the use of a specific tool or object to empower the energy of the prayer beyond that which the human mind is capable of generating.

The Keys to Effective Prayer

Now that we have a basic understanding of the mechanics of prayer, we can use this knowledge to help us pray more effectively.

Adding positive emotion to the energy of a prayer improves the outcome of the prayer.

When you pray, think about an event that involves positive thinking and is emotionally meaningful. This event should be something that makes you feel good, that gives you positive thoughts about life, no matter what you were thinking about before the prayer. Research shows that this type of positive imaging improves the power and focus of the prayer.

Repeat a prayer mantra focused on your desired outcome.

Mantras are ancient tools that are designed to empower the force of prayer. The rosary is one good example of a prayer mantra. Repetition amplifies the force of prayer and gives it more power. Some mantras have been repeated millions of times and have a great deal of standing force attached to them. Adding your prayer to this standing force field can greatly increase the chance that it will be answered. The mantra need not belong, and you don’t even have to speak the language for it to be effective. Here are some examples that you might find useful.

This is the Ganesh Gayatri Mantra. It has been spoken for thousands of years as a tool for removing obstacles to progress and achievement.

This is the Hanuman Gayatri Mantra. This mantra is ancient and is reported to be associated with a particularly helpful and friendly divine entity named Hanuman.

This ancient mantra has the power to fulfil wishes. There are countless examples of mantras in the world.

These are only a few. The fact that the above mantras are in Sanskrit has not diminished their effectiveness over the centuries.

Pray while meditating- While you are meditating, the mind is much calmer. Mind body soul is at peace. The calm and focused mind generates a great deal of positive thoughts about life, and divine creative force. By praying while meditating, we take advantage of this force and make our prayers much more powerful and effective