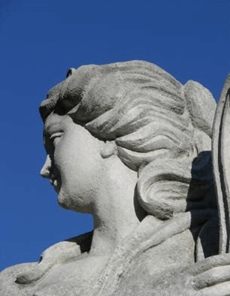 A modern Mulla Nasruddin lived in a colony of Evolutionists. The Evolutionists did not believe in God and according to their psychology, they used to say that this vast creation came into being as a process of development for billions of years. They used to make every possible effort to imprint this ‘idea’ on every mind by making a psychological impact and soon many people started to believe in their words. The Evolutionists’ reputation grew and many scientists and historians, students and teachers, followed their doctrine of ‘gradual development’ from a lifeless universe to the mono-cellular organism, then birds and animals, then chimpanzee and then a human being.

There was a widespread fervour for this “new idea”. But Mullah Nasruddin caught no ‘spark’ of this popular knowledge. He used to live in a lonely cottage on the outskirts of the Evolutionists’ Colony and passed his time praying and supplicating God. Whenever would he pass through the streets, the Evolutionists would mock him and say: “See, the sage of non-sense!”.

One fine morning, Mullah Nasruddin was walking in the colony, knocking at every door and distributing an invitation card. After some time, all the Evolutionists were out in the street showing  wonder and amazement and buzzing with clamours, talking to each other, laughing and pointing to the invitation card which read as follows:

“Dear Sirs & Madams, you are all invited to a supper at my cottage this evening on account of the birth of a child in my home”.

All knew that Mullah Nasruddin was not married and lived all alone. How come a child could be born in his home? Yet, with a motive to make fun of him and enjoy a humorous situation, they all gathered at Mullah’s house in the evening. The house was decorated with flowers and delightful music was filling the melody in the environs.

When the guests were seated, Mullah came out smiling, with a pretty newborn in his arms which he had ‘borrowed’ for a day from his friend in the nearby town. All were amazed and asked: “But, Mullah! You were never married”. “Oh, No!” Mullah giggled, “That’s not the case. Come, I’ll show you my wife who gave me such a pretty child”. Curiously, all followed. Mullah guided their steps to a room in which a big stone pillar lay stood in the middle. Mullah had even put a beautiful gown on that pillar to give it the look of a lady. “This is my wife who gave me this pretty child”.

“Ha-ha-ha-ha… ha-ha-ha- ha…” Uproarious laughter burst out and when it stopped, an Evolutionist said: “Mullah, we already knew you are foolish but now we think you are even mad. You want us to believe that a dead stone produced a living child who breaths and sleep, moves and feels?”

Now Mullah was serious and said: “But this is what YOU have been telling me for long. If this beautiful world, its orders and systems, perfections and designs, intellect and emotions, dreams and desires can come out ‘gradually’ and ‘evolve’ from a lifeless object, without God, why my stone can’t produce a living child?”

Read More →
PrevPreviousPart 2 of theory and benefits of playing with powers
NextHow to find inner peace? An ultimate guideNext