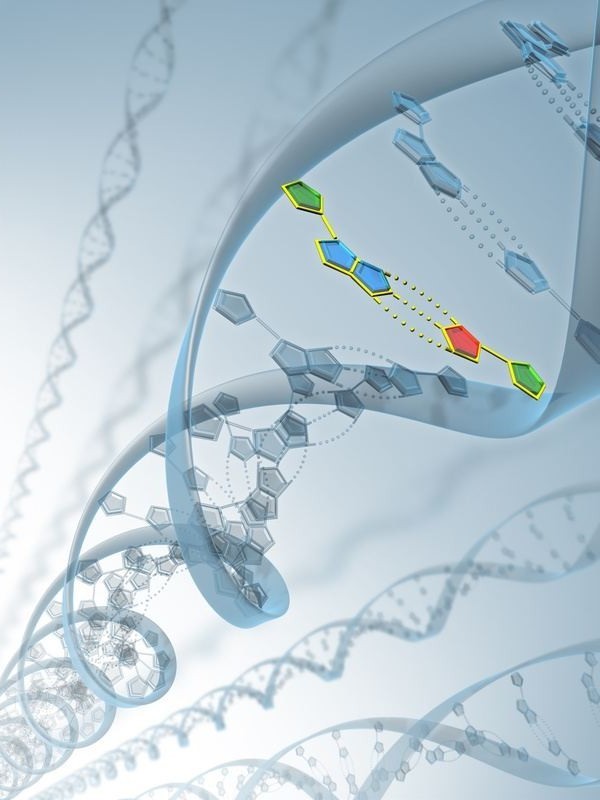 DNA has been a great mystery for many years. During the middle part of the twentieth century, two scientists, Watson and Crick, discovered the basic structure and design of the human DNA molecule. For decades this structure had eluded researchers. Watson and Crick received the Nobel Prize for their work.

The human genome has since been the subject of intense research. There are a number of remarkable discoveries in the field of human DNA that have a direct bearing on our discussion of the human body of light and other phenomena.

Human DNA is a biologically complex molecule. It coordinates communication between all the major organ systems of the body. There is evidence for a whole new type of medicine in which DNA can be influenced and reprogrammed by words and frequencies without cutting out and replacing single genes. Less than 10% of our DNA is used for building proteins. It is this subset of DNA that is of interest to western researchers and is being examined and categorized. The remaining 90% are considered “junk DNA.”

Russian researchers, however, convinced that nature was not dumb, joined linguists and geneticists in a venture to explore that 90% of “junk DNA.” Their results, findings and conclusions are simply revolutionary!

According to their findings, our DNA is not only responsible for the construction of our body but also serves as a data storage and communication centre. DNA seems to store all the information necessary for the creation of human language.

The Russian biophysicist and molecular biologist Pjotr Garjajev has explored the vibrational behaviour of DNA. He has discovered that living chromosomes function much like a holographic computer. He has found that chromosomes use a form of endogenous DNA energy in order to communicate with the body. These researchers have managed to modulate certain frequency patterns (sound) onto a laser-like energy ray that influences the function of DNA.

Since the basic structure of DNA-alkaline pairs and of language (as explained earlier) is of the same structure, no DNA decoding is necessary. One can simply use words and sentences of the human language! This, too, was experimentally proven! In this way, these researchers found a way to make fundamental changes in the human body simply by using words and sounds.

Living DNA substance (in living tissue, not in vitro) reacts to language-modulated laser rays and even to radio waves if the proper frequencies (sound) are being used. This may explain why affirmations and hypnosis have such strong effects on the human body. This also has bearing on the phenomenon of mantra and its effect on the body.

They even captured information patterns of a particular species of DNA and transmitted it onto another DNA type. In this way, they were able to reprogram cells to another genome. Using this technique, frog embryos were transformed into salamander embryos simply by transmitting the DNA information patterns! The process was achieved without traditional gene-cutting or splicing techniques.

Esoteric and spiritual teachers, who aim for spiritual revolution have known for ages that our mind body soul is programmable by language, words and thought. This has now been scientifically demonstrated. Can a similar principle explain the effect of mantra on the human form?

Russian scientists also found out that human DNA can cause disturbing patterns in a vacuum, thus producing magnetized wormholes! Wormholes are the microscopic equivalents of the so-called Einstein-Rosen bridges in the vicinity of black holes (left by burned-out stars). These are tunnel connections between entirely different areas in the universe through which information can be transmitted outside of space and time. DNA attracts these bits of information and

passes them on to our consciousness. This process of hyper-communication (telepathy, channelling) is most effective in a state of relaxation.

In nature, hyper-communication has been successfully applied for millions of years. The organized flow of life in insects proves this dramatically. Modern man knows it only on a much more subtle level as “intuition.

When a queen ant is separated from her colony, the remaining worker ants will continue building fervently according to plan. However, if the queen is killed, all work in the colony stops. No ant will know what to do. Apparently, the queen transmits the “building plans” even if far away via the group consciousness with her subjects. She can be as far away as she wants, as long as she is alive. (1) In humans, hyper-communication is most often encountered when one suddenly gains access to information that is outside one’s knowledge base. Such hyper-communication is then experienced as inspiration or intuition (also in trance channelling). The Italian composer Giuseppe Tartini dreamt one night that a devil sat at his bedside playing the violin. The next morning Tartini was able to write down the piece exactly from memory. He called it the Devil’s Trill Sonata. It is one of the most complex pieces of music ever written. According to Tartini, it came from a dream.

The Russian scientists also irradiated DNA samples with laser light. On-screen, a typical wave pattern was formed. When they removed the DNA sample, the wave pattern did not disappear, it remained. Many controlled experiments showed that the pattern continued to come from the removed sample, whose energy field apparently remained by itself. This effect is now called the phantom DNA effect. It is surmised that energy from outside of space and time still flows through the activated wormholes after the DNA was removed. The side effects encountered most often in hyper-communication in humans are inexplicable electromagnetic fields in the vicinity of the persons concerned.

There is another phenomenon linked to DNA and wormholes. Normally, these super-small wormholes are highly unstable and are maintained only for the tiniest fractions of a second. Under certain conditions, stable wormholes can organize themselves, which then form distinctive vacuum domains.

Sometimes these balls of light rise from the ground, rise upwards into the sky and move as if guided by thought. Vacuum domains emit waves of low frequency that are in the same range as human brain wave activity. Researchers have discovered that these balls of light contain immense amounts of energy and are capable of mutating human genes.

Many spiritual teachers, who intend to make disciples experience spiritual revolution also produce such visible balls or columns of light in deep meditation. They are able to produce these phenomena at will. The most prodigious of these have allowed the phenomena to be photographed.

DNA, matter, energy, consciousness are still mysteries that elude even the greatest of our scientists. Many people reading this book might have dismissed the possibility of a human light form out of hand. As you can see thus far, there are many mysteries relating to the human condition that leaves room for even greater mysteries that lie beyond.

To find out more, email us: [email protected]

Keep talking, it heals the inner you.

NextThe source and goal we call proved- OUR DNA GODNext
NextNext
We use cookies on our website to give you the most relevant experience.
.
Cookie SettingsAccept
Manage consent 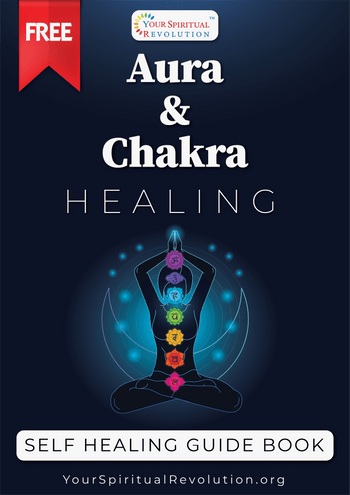 GET FREE
SELF HEALING GUIDEBOOK

Register to Your Spiritual Revolution and get a free self-healing book via email now! Learn about your aura & chakra and how they affect your day to day life. Invoke inner peace and balance your mind, body and soul.
Menu