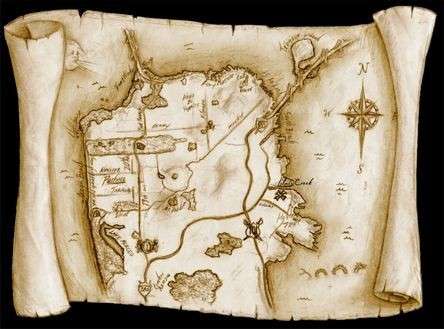 One day, a man traveling on an old dirt road sur- rounded by colorful flowers and beautiful scenery came upon a rather ordinary looking cafe. It was a strange site to see on such a road as he was traveling.

And in fact it seemed as though it didn’t even belong. The man stopped at the cafe’s entrance, which was little more than an old wooden door. And after a moment’s thought, and some hesitation, he decided to go in.

Inside, the cafe looked rather ordinary as well. It was filled with ordinary people, and in fact seemed rather dull and mundane. The man was already missing the many wonders outside the cafe, but he was feeling a little thirsty so he ordered something and sat down at a worn out looking table in the corner. The light above shined down upon the man showing his features in greater detail. He was an old man, well dressed, yet rugged in appearance. Upon closer observation it seemed as though life itself had etched the collective struggles of humanity upon his physical frame, beyond even what one might expect from someone as old as he. It was not easy to tell if the scars on his face were from some unsavory employment, general hardships, or some internal struggles that could no longer be kept at bay.

Upon shifting one’s perspective just a little beyond these tell tale signs of hardship and struggle, something else could also be seen. Subtly hidden within the hard callouses that surrounded his eyes, like the sparkle of a diamond in the midst of crum- bling rocks, one could see a hint of youthful and excited energy that was slowly growing brighter and brighter.

After several minutes of sitting quietly without touching his drink, other than to move it around the table, the man began to look around nervously at the other people in the cafe. He noticed that they all looked rather ordinary as well, and seemed to be quietly engaged in the cafe’s general peacefulness. While observing this, he was somewhat surprised to see a dragonfly buzzing quit freely around the cafe. No one else seemed to notice or at least pay it much attention.

After the moment had passed and the old man had moved his drink back and forth a few more times without taking a sip, it became quite obvious that he could no longer contain the youthful and excited energy, which had now built up to such an extent that it seemed to fill his entire body. A decision was formed, and he stood up moving with unbridled purpose towards the center of the cafe.”

“The cafe itself seemed to absorb the man’s now overflowing mixture of excitement and nervous- ness, as if the subtle silence and peacefulness had its own energy beyond what the old man could muster. But slowly the cafe seemed to change by some will of it’s own, and all eyes turned to look upon the old man.

“Do you people know what I have discovered?!” he said. “It is the greatest discovery in human history! And I have decided to share this with you here today, because others must know of this wonder.” He then reached into one of the pockets in the expensive looking coat he was wearing, and slowly, with the reverence of a priest who had in his possession the holy grail, he pulled out what seemed to be a map.

Again he spoke “Here in my hand is a map of Reality! Not an ordinary map, oh no, but one which allows me to go anywhere and do anything in Reality that I want, anything I can imagine!” The man’s  excitement itself now seemed to take him into another reality, one in which his youthfulness turned to longing. “This world can no longer hinder me from doing whatever I want. I will no longer be looked down upon as a poor old man. I can be richer than Kings! I can have all the beautiful women I want! I can travel to other dimensions! I can even rule the world, the universe!” While he continued talking about all the things he could do, and how much power he now had, another man, who had been sitting silently with his drink at another table across the cafe stood up and walked over to the old man.

As as this strange, but rather ordinary looking man, came before him, the old man suddenly stopped talking. Then, for reasons he couldn’t seem to fathom, he was drawn to look into the strange man’s eyes. For nearly a minute they just stared at each other. Then, without warning, the strange man grabbed the map from the old man’s hand, and tore it into several pieces.

After a moment, the old man, realizing what had happened, began to scream. “What have you done! You fool! Why would you do such a thing? You ignorant fool, do you know what you have done!”

The strange man remained silent, as the peaceful- ness of the cafe again seemed to absorb the angry cries of the old man.

When the strange man finally spoke, it was in a voice that seemed to echo the same silent peacefulness of the cafe.

“I have given you a new map, one which does not require paper. It starts here, in this very moment, and you will create it as you travel. You will discover places which were not even printed on your old map, and journey to worlds yet unexplored and uncreated. All you need to do is open your eyes and your heart to see the wonders before you, and go where you will” said the strange man.

After hearing this, the old man said “I think your all crazy! And want nothing to do but sit here and waste your lives away. So I will leave you here to your quite boring lives, and hope to never see you again!” On saying this, he walked out of the cafe in great despair, and back onto the road.

Though he hadn’t been in the cafe for very long, as he stepped out onto the road he noticed that it seemed darker than before, and colder. The sun no longer brightened the colors of the plants and flowers, and the wind seemed to blow with a subtle harshness. “Fools…I could have changed the world” said the man to himself, as he continued his journey down the old road, now lost in thoughts of dreams deferred.

After he had walked for awhile muttering to himself and to anyone else within hearing distance who might sympathize with his great loss, he began to notice that the old road he was walking on was beginning to lose its distinction and was fading into the landscape. “What’s this?! Ack! If I only had my map… Now I’m just an old man who has reached the end of the road.” said the old man in a tired voice filled with exhaustion and despair.

He sat down barely able to stand anymore, and decided to sleep, not caring what manner of beasts or man might be about. He decided that this might as well be the end of his life too if God or anyone else wanted it more than he. Dreams came to him filled with wondrous exotic places and mighty oceans that echoed the voices of creation, the most marvelous dreams he had ever had that filled his heart with longing.

When he awoke, he found himself lying in the middle of a grassy field surrounded by flowers of such vibrant colors and sweet scents that he almost cried at the beauty of it. “How did I get here? This can’t be the same place where I went to sleep last night… How could I have not seen such beauty as this?” said the old man now feeling a youthful and excited energy rising into him once more. As he looked in wonder at the sights around him, feeling the warm breeze blowing softly through his thin hair, he noticed something that looked like a path just beyond the other side of the field.

He slowly walked over to the path across the field, enjoying the beauty that surrounded him, and began to travel once again. As he walked he began to hear sounds that he hadn’t heard before…sounds of moving water rushing back and forth.

He noticed the path had turned to sand, and all sorts of exotic trees and plants now surrounded him on either side, but what really caught his attention was the wondrous ocean that lay before him that seemed so vast he couldn’t even imagine an end to it. As he took in the scenery before him he began to realize some- thing. The man in the cafe had been right after all. He really didn’t need a map of Reality, because Reality was all around him, and inside him, and nothing was really ordinary. He only needed to open himself to the wonders before him.

He smiled as he walked along the beach knowing there was much to learn and discover. 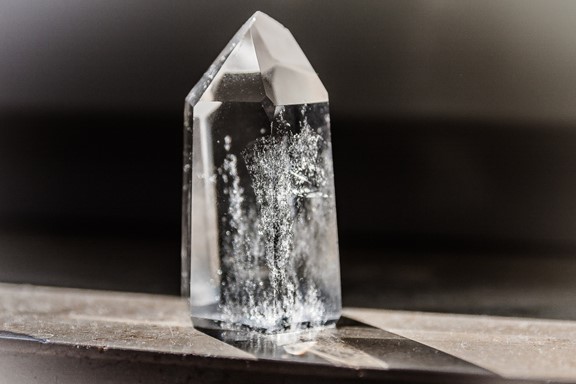