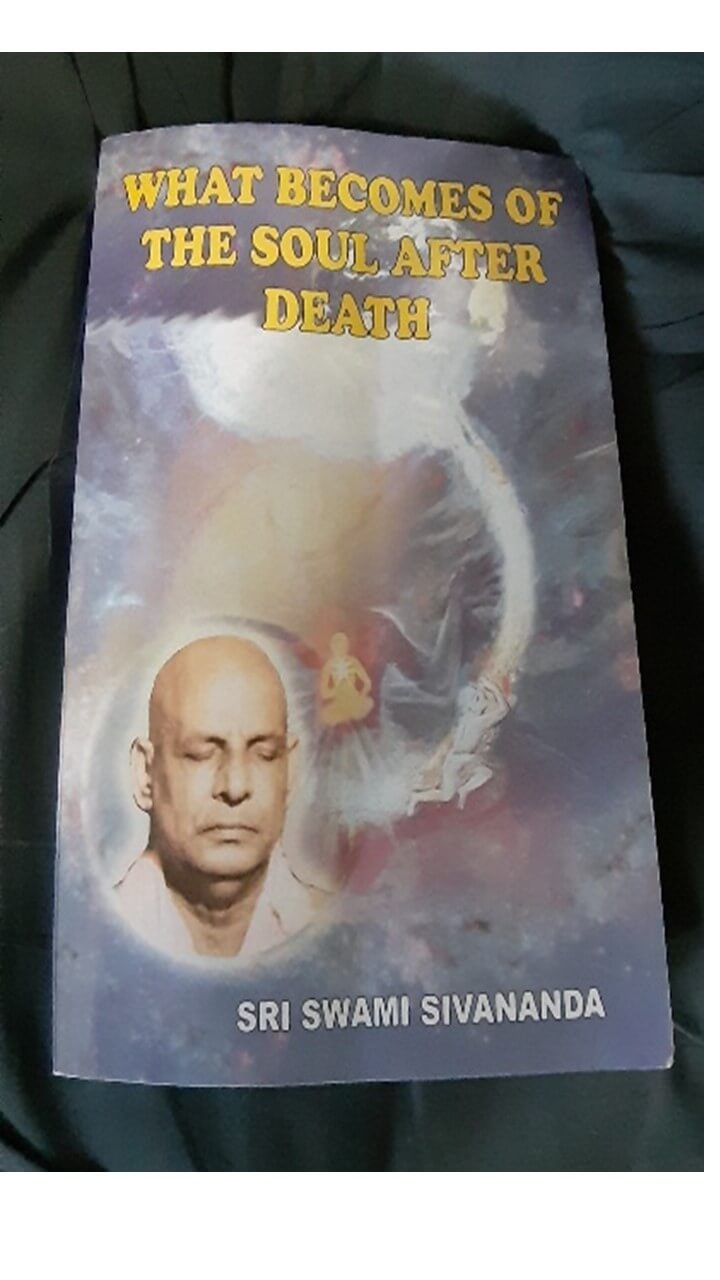 “To identify oneself with the body,

These are two quartets from two different poems from the few Swamiji has started the book with. There is an ‘Ode to Death’ among them, glorifying this Inevitability at the end of one’s lifetime, and helping one to accept it as something more beautiful than life itself. Death, Swamiji has said in one of the chapters, is simply the separation of the astral body from the physical body and not the opposite of life. I am reminded of that Mukesh song, ‘…..ey maut aa ki Zindagi se dil hi bhar gaya.’ (O death, please come, as I am fed up with my life). Yes, the one take-home message from the book is simply that you, me and everyone around us are mere ‘souls’, individualities which keep shifting from one ‘Personality’ to another, restless and in pursuit of that elusive goal becoming one with Godhead or what we also know as ‘Paramatman’. Well, this is the ‘Ek Brahm hai, Ek Satya hai, Ek hi hai Paramatma’ (There is just one Truth, one Brahman, one Supreme Soul), Mukesh reminded us, by singing for the actor who portrayed Sant Gyaneshwar in the eponymous 1964 movie. The personalities are mere descriptors which we use to distinguish one from another on the basis of what we sense using our sense organs. The soul though cannot be comprehended with these, and it gives us our individuality. For those who believe in life after death, and in the existence of a soul beyond a body and mind, like a whole mind body soul, this is a must-read. For those who do not, just forget it.

The eleven chapters in the book take one from the physical plane to the spiritual plane, like one for a spiritual revolution, and beyond (advice on the conquest of death through Raja Yoga, Hatha Yoga, Bhakti Yoga and Karma Yoga), via stopovers in the metaphysical. They culminate in some true stories and letters written by followers of the Swamiji, seeking answers to questions. Note that our author was a medical professional, and is thereby an expert in physiology. He became a spiritualist and very ably blended the terrestrial with the astral, the finite with the infinite, the gross with the subtle, the destructible with the indestructible….the body with the soul. Hence, whatever you read in this book can be trusted 100%. It is a practice that has been put into precept.

Swamiji compares and contrasts the views about hell and heaven, the soul and the after-life, from different religions of the world. He dialectically manages to firmly entrench a belief in the existence of a soul which reincarnates ad infinitum – almost – till it secures for itself, the right to attain moksha (salvation) and merge with the Supreme Soul, having escaped the cycle of birth and death for good. It is quite like a ‘try, try and you succeed’ applied to several millennia for every human soul!

This plays out on the terrestrial plane as we know, for those who believe that quitters never win, and winners never quit. However, while there is an option for a person to quit during his lifetime, the soul does not have an option! It needs to keep going on. Thus, the death of the body in a lifetime becomes just a small phase of the eternal Life of the Soul. There is an interesting point made by Swamiji about how transmigration of souls happens to be a successful culmination of western philosophy (a kind of a final proof the philosophers are proud of); while the very same truth happens to be the starting point of oriental philosophy – in which this is a given, which need not be proved. And while the author does not debunk séance and planchette and communication of mediums with spirits, he warns readers that these are earth-bound spirits and not angels as mediums tend to claim.

Every good deed is rewarded, and every heinous act is punished, but often one does not see that happening to oneself or to others in one birth. This is where, one must understand, that the soul’s journey (the individuality’s journey in other words), is much longer than that of the human body in one lifetime. The soul carries with it ‘impressions’ gathered in a lifetime into the next or the one after that and so on, and there, it may or may not reap rewards or face the music, and may move on, with an IOU or a UOM (universe owes me).

While death itself has been microscopically detailed (you need to have a strong heart to read it) – from a doctor’s standpoint – the journey of the soul has been visualised lucidly – you are kept enthralled as you follow the soul (this may be a dear departed relative’s for instance) on the journey described. The whole thing can very well be presented with the aid of a flowchart with IF-THEN decision boxes, but yours sincerely will desist from doing that, as the book dwells on the metaphysical and the transcendental and flowcharts will simply demean them. There is every incentive for readers to do good, be good, not identify oneself with the gross body which is just a combination of the Five Elements, realise the divine nature of one’s existence, after comprehending the ‘what, where, how, why’ of the after-life, and meditate on God constantly so that it becomes second nature and comes in handy when one is about to give up the ghost.

Swamiji has lamented the fact that the study of scriptures, observances of religious rites (like the performance of Sraadha for departed souls), and spiritual life of moderation are denounced these days, as passé. The author describes the different planes (‘lokas’) of existence for the souls, in vivid detail that the reader is almost transported to these places while reading. The gory details of the lokas to which souls of sinners go, serve the purpose of dissuading one from wrong-doing.

Read through the glossary, and augment your Sanskrit vocabulary; that is worth the effort, friends!